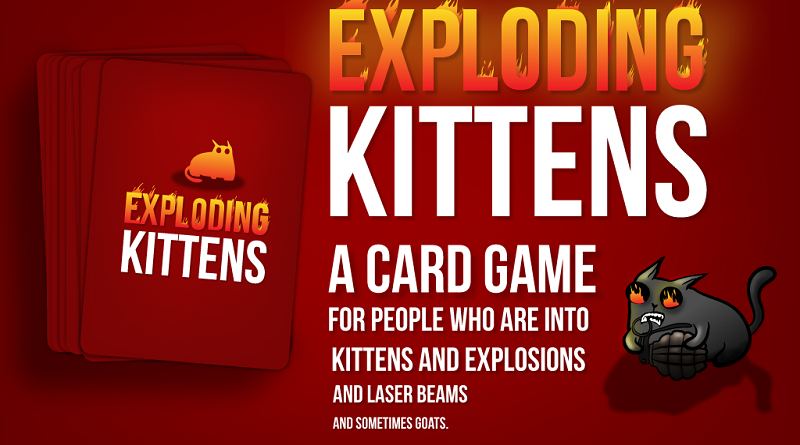 Exploding Kittens Card Game – Ever exploded and died? Strange ,eh? This is a new card game where you randomly draw out a card at your turn if you get an exploding card, you get exploded too and ultimately are out of the game.

Exploding kitten card game is designed by ELAN LEE, MATTHEW INMAN. This game was initially proposed as a kickstarter project, but then it turned out to be a superb play in card game history. The exploding kitten’s first play was recorded on Youtube.

RULES OF THE GAME :

After the initial distribution of cards, the players are supposed to play as many cards from their hand as they like on their turn before drawing a card. The played cards are put into a discard pile.

In each deck, there are five types of these cards and four cards of each type. However, when two of each type of card (known as a pair) is played at the same time by a player, that player can take a card from the hand of a player of their choice. The player that plays a pair may not see the cards in the other player’s hand.

Exploding kittens proved as the third biggest Kickstarter campaign of all times.