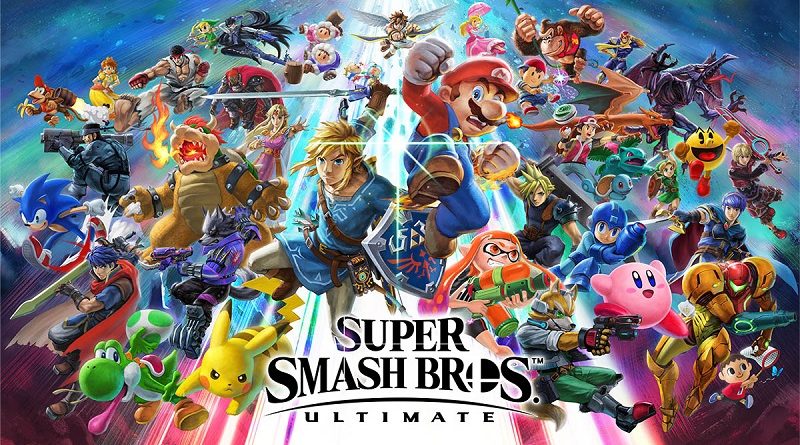 Super Smash Bros Ultimate – is an upcoming action game which is expected to be released on 7th Dec.2018.
Game Developers are: Bandai Namco Studios & Sora.Ltd and its production will be done by Nintendo.

By, blocking the attacks you can increase your play powers from 0% to 100%. After reaching the 100% power level you can unleash the maximum power of your character/player to defeat the opponents.

Like any other games you will get multiple life for your character/player. After your player is knocked out off the screen, it will respawn in short time. You will only lose match after you lose all your player lifes.

Before the game starts, you can make adjustments in gameplay settings as per your choice. You can select the each round time, number of life’s each player will get as well as knock out rules.

You can play the game in Single Player Mode – 1 VS 1 a This mode is basically for practice purpose only.
Multiplayer Mode where you can have a combat with a human or computer player’s. In this Multiplayer Mode you can play in maximum of 4.
You can also play games in SMASH DOWN mode where you can go with 8 players. In this mode, once the player is used cannot be used in other rounds. So you have to play each round with the new player.
However, you can play in Tournament mode for upto 32 players.

In super smash bros ultimate they have come up with some new characters which make the characters list to 65+ and every character with some new and unique powers. Some are funny and some to they are dynamic, BUT, at the end of the date they all are DEADLY.

Few Super Smash Bros Ultimate characters‘ names are given below:

Conclusion:
Super Smash Bros. Ultimate – It’s more like they have combined all their games in one, with very high end graphics.