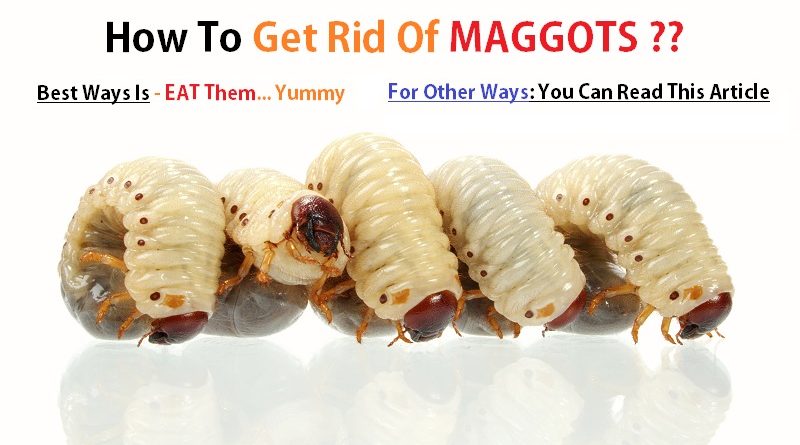 Get Rid of Maggots

Get Rid Of Maggots: Thinking of repugnant bugs and worms, the primary creature that strikes one’s mind is maggots! They not only look creepy but may also lead to serious health issues.

To put it in precise category, flies belonging to biological and scientifically termed family Brachycera lay eggs that hatch into maggots. A regular check on susceptible places where maggots may thrive is important to keep them away and prevent them from causing any kind of health issues.

Getting rid of maggots is not that tough. However, one should act quickly before the condition gets worse. Here are a few household remedies that would help to kill them and get rid of maggots forever.

Alcohol (beer) is used to get rid of maggots by preparing a trap in a similar fashion as the apple cider vinegar trap. The maggots crawl into the dish and ultimately drown.

This chemical is widely used for industrial applications. It is also used in many insecticides due to its ability to kill insects and bugs. Ammonia and water solution aid the process of killing maggots.

Apple cider vinegar is commonly used as a home remedy for skin care, healthcare, and more. It is an easy and chemical-free method that keeps away flies and maggots. Flies are attracted to the sharp smell of vinegar thereby making the trap remedy of this powerful chemical a success.

This household product is basically meant for removing color, whitening, and as a disinfectant. Bleach destroys the eggs of maggots and disrupts the chemical trails left by insects, such as ants. Bleach and water solution can be used to clean the trash cans and keep away flies and maggots.

Boil some water and pour it onto the maggot-infested areas. The hot water will kill them instantly. This method is inexpensive, chemical-free, and highly effective. It works for garbage bins, trash cans, crawl spaces, drains, etc.

Pouring a solution of hydrogen peroxide and water over the maggots will kill the maggots in a minute or two.

Simply sprinkle some salt over the infested areas, and the maggots will be seen to have disappeared within no time at all. Salt is a good absorber of a water and it absorbs water from maggots bodies and kill them instantly.

Permethrin is a chemical that is commonly sold as a medicine and an insecticide. When used as an insecticide, it works in a way that when insects physically contact it, they die thereby killing maggots. The other use of it is via resistance towards lice. Boiling some water and mixing some dog shampoo in it and then pouring the solution over the maggots relieves the issue of maggots.

Another category of insecticides which effectively work against maggots is Pyrethrin. The most favorable fact about the nature of Pyrethrin is that it is purely organic. A resembling organic compound that is easily found in various household insecticides and bug sprays is Pyrethroid. A mere favourable fact that makes these compounds efficient with trust is that they are organic in nature. Pyrethrin and Pyrethroids are obtained from Chrysanthemums. These compounds are present naturally in the flowers of this plant. Pyrethrin sprays are most effectively used to keep away house flies and moth flies from the house.
So these were some of the interesting and really effective remedies which can help one to get rid of maggots very easily and without much complication. Thus it is suggested that one should always try these remedies before just merely believing their theoretical aspect, to experience the best results of the same.

Good Luck to All……..Go Ahead Senor!

Get Rid Of Ants

Get Rid Of Silverfish

How to Kill Maggots 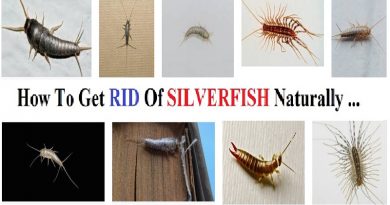 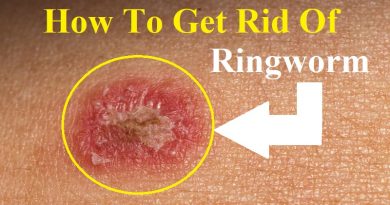 Get Rid of Ringworm – Ringworm Treatment